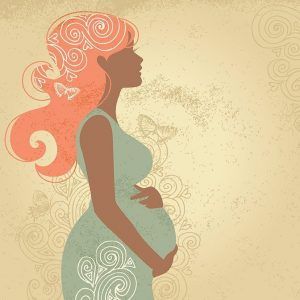 A gestational carrier (GC) is not a traditional “surrogate”, as a surrogate is someone who donates her egg and then subsequently carries the child.  In the case of a gestational carrier, the woman carrying the pregnancy is in no way biologically or genetically related to the child she is carrying – she is merely providing a nurturing environment in the form of a uterus for the child to grow for the gestational period of 40 weeks. The eggs and sperm are derived from the “intended parents” (or egg donor, or sperm donor), through the process of In Vitro Fertilization, fertilized in the lab, and then the embryo (or embryos) are placed into the uterus of the gestational carrier.

How does the gestational carrier IVF cycle work?
Intended parent: The female partner of the intended parent couple will be undergoing an In Vitro Fertilization cycle (IVF cycle) if using her own eggs. If using an egg donor, the donor will be placed through an IVF cycle. This is a cycle where her ovaries will be stimulated by high doses of the same hormones that are secreted by her brain each month (that normally stimulate one ovary to produce one egg) in order to get both ovaries to produce many eggs. These hormones (Follicle stimulating hormone and luteinizing hormone) are given via subcutaneous injections (using small needles given directly into the fatty tissue underneath the skin). She will be monitored in the office with frequent transvaginal ultrasounds to measure the size of the development follicles (the fluid-filled sacs that contain the eggs) until they reach a size of 18 – 20mm. She will also have her blood tested for estradiol levels. Once the lead follicles reach 18mm – 20mm in size, she will be given an intramuscular injection to “trigger” egg maturity, and in 36 hours exactly, her eggs will be retrieved in procedure called a “transvaginal oocyte retrieval”.

Her eggs will then be brought into the lab. The male intended parent’s sperm will be used to fertilize the eggs into embryos. The embryos will then be allowed to grow in the lab, and a certain number of embryos (depending on embryo quality and age of the intended parent or egg donor) will be transferred into the GC.

Gestational Carrier: While the intended parent is undergoing the IVF cycle, the GC will be given estrogen and progesterone, in sequential fashion, via intramuscular injections, in order to prepare her uterine lining for implantation. Before the GC starts the preparation, she will come in to be sure the lining is thin and the ovaries have no cysts. If everything looks normal, she will start the estrogen. Approximately 2 weeks later, she will come in for another transvaginal ultrasound and blood work to be sure the lining is developing adequately – if so, she will start the progesterone when instructed by her nurse. Six days later, she will receive the embryo into her prepared uterus and a pregnancy blood test 10 days later.

If you are interested in becoming or finding a gestational carrier in Ogden, Murray, Pleasant Grove, and St. George, Utah, please contact Utah Fertility Center at 801-785-5100 today!