" What is Ovulation Induction? | Fertility Center in Utah 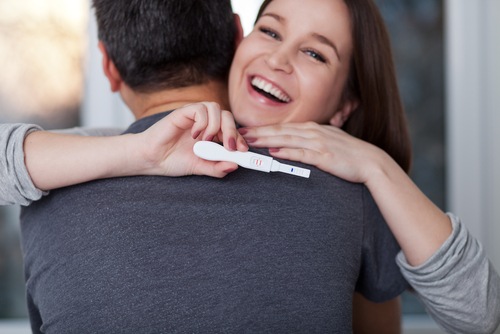 The reproductive system in some women does not function properly, just as any other of the body’s systems can malfunction. Many couples who are struggling with infertility may think that in vitro fertilization is the primary solution to their problem. Although IVF does have a very high rate of success per cycle, it is not the best choice for everyone. The truth is that modern medicine has come up with a variety of solutions to deal with infertility, some of which are far less costly and demanding than IVF.

fertility ovulation utahOvulation induction is one way that women can overcome ovulation disorders, regaining the ability to conceive. This involves the use of hormone therapy to stimulate egg maturation and ultimately the release of these eggs, called ovulation.

Ovulation induction, or ovarian stimulation as it is also called, is often used for women who don’t ovulate regularly on their own, and there are many types of medication that can be used. Some come in the form of pills, which block estrogen receptors, making the body think estrogen levels are low. This stimulates the release of a hormone called Follicle Stimulating Hormone (FSH) from the brain, leading to ovulation (the release of one egg) or sometimes superovulation, meaning the release of more than one egg. The more eggs produced in a cycle, the greater the chance of conception. Careful monitoring with ultrasounds during the process maximizes the chance of success, while minimizing the risk of twins and more than twins. For some women who are resistant to ovulation induction with pills, more aggressive medications such as Follicle Stimulating Hormone in the form of once daily injections can be used, also with careful monitoring.

Many different conditions, such as polycystic ovary syndrome, can influence the regular maturation and release of eggs. Irregular menstrual cycles may be a sign that a woman is not ovulating regularly. Ovulation induction can be used to help women ovulate regularly, but can also be used to help regularly ovulating women to release more than one egg in a cycle – both improving chances of conception per cycle. In some circumstances, ovulation induction is also combined with intrauterine inseminations of sperm to further increase the odds of sperm making it into the fallopian tubes where fertilization takes place.

Remember that induced ovulation simply increases the chances of a couple becoming pregnant, but is never a guarantee. In fact, no fertility treatment guarantees pregnancy, though some offer a higher chance of success compared with others. Many factors should be considered, in particular the cause of infertility, so that all individuals find the right treatment course to a successful pregnancy.