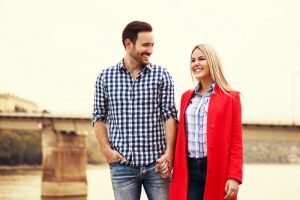 Ovulation Induction Can Help You Conceive Despite an Ovulation Disorder

Ovulatory disorders are one of the most common causes of infertility. If a woman is not ovulating regularly each month, it makes getting pregnant much more challenging.   One of the signs of irregular ovulation is inconsistent menstruation.  For couples trying to conceive, in vitro fertilization is not the only option.  Ovulation Induction is a treatment option offered at Utah Fertility Center for women with ovulation disorders such as Polycystic Ovary Syndrome (PCOS), problems with the pituitary gland or hypothalamas, and ovarian insufficiency.  Ovulation Induction regulates hormones to induce ovulation and therefore increase the likelihood of conception.

Also known as timed intercourse, ovulation induction is the process in which the ovaries are stimulated by fertility medications to produce ovulatory follicle(s).  For women who have regular menses and consistently ovulate, the goal is for superovulation or to produce 2-3 follicles per month rather than a single follicle.   Ovulation induction aims to restore fertility to the natural pregnancy rate of 20% per cycle.

Typically a combination of oral fertility medications and injectable fertility hormones are used and ideally two to three mature ovulatory follicles are produced, each containing an egg.   Ultrasound monitoring is an important aspect of ovulation induction and several ultrasounds are performed per cycle.  Ultrasound allows visualization of the growing follicles which also ensures the medication is working.  With the end goal being a singleton healthy pregnancy, it’s also important to monitor and limit the number of mature follicles to reduce the likelihood of a multiple pregnancy.

Intrauterine insemination is often used in conjunction with ovulation induction where sperm are placed by catheter into the uterus.  This allows the sperm to bypass a number of natural barriers and gives them better odds of reaching a potential egg.

Ovulation induction is more affordable and less invasive than other fertility treatments. If you are interested in learning more about ovulation induction call 801-785-5100 today and schedule an appointment with one of our Reproductive Endocrinologists at Utah Fertility Center. We would be pleased to review all of your options for fertility treatment and help you select the best course of action for your personal situation.