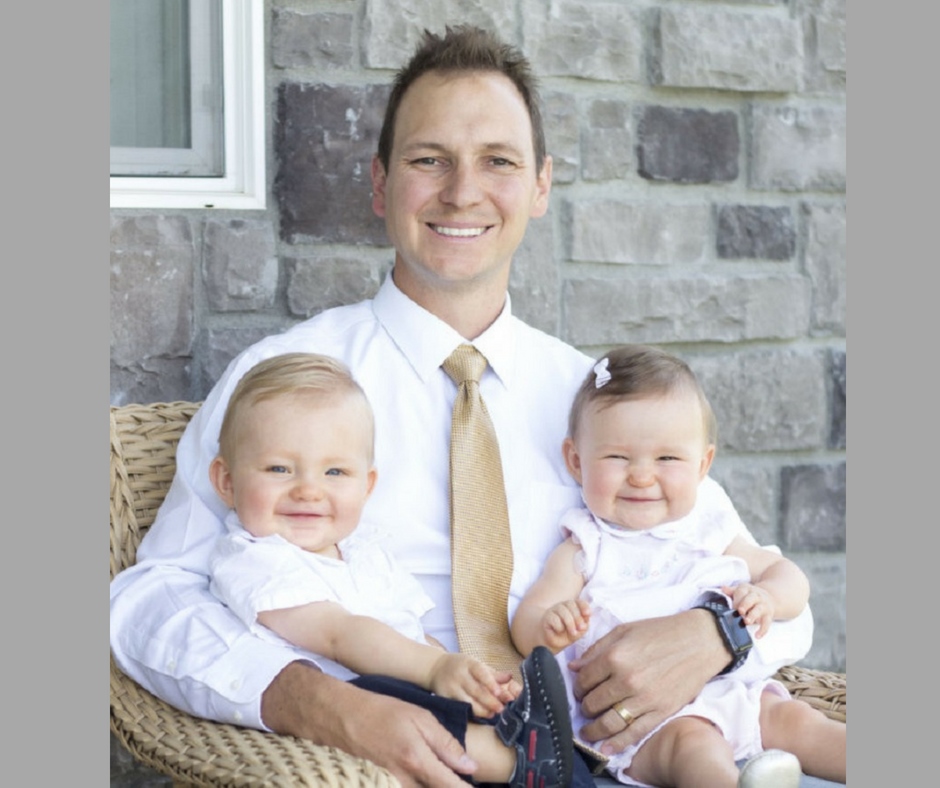 I’m Tyler Parcell, and I’m the dad of almost 2-year-old boy/girl twins named Harris and Goldie. Coming up on my second Father’s Day, I wanted to share my thoughts on the past two years since the babies were born and I became a dad.

When a baby is born, a dad is born. I have wanted to become a father since the night I proposed to Jenica. We woke up the next morning and when I saw her I asked, “So, when do we want to have kids? Should we start trying next year?” Ha! She was on a slower track than I was and I think everything worked out just as it should. Needless to say, becoming a dad was something I always wanted to do and something I hoped I would get the opportunity to become.

I revere the role of fatherhood, it’s a sacred role to me and I appreciate the great dads that I have been able to look up to. In becoming a father, I’ve taken on other roles, too. I’ve become a comedian because I make Harris and Goldie laugh and smile every day. I’ve become a chef and I am now a pro at making their food even though I still don’t like to cook for myself 😉 I’ve become a doctor, because I can make Harris and Goldie feel better when they need me and I rock them to sleep when they are sick and need extra love. I’ve become a protector. I would do anything to make sure they are safe and well cared for. In becoming a father, I’ve become all of these roles and countless more. I’ve become the happiest version of myself. I love that I can attribute that to fatherhood. It’s a joy that I’ve never known.

To those that are struggling to become parents, and days like Mother’s Day and Father’s Day bring negative emotions, I want to say to you that all of this struggle will make fatherhood that much better. There is opposition in all things, and I don’t think I would feel the depth of gratitude that I feel now had we been able to easily have children. I would have always been grateful for that role, but my appreciation for it spans wider and goes deeper. You’ll know just what I mean when you get there.