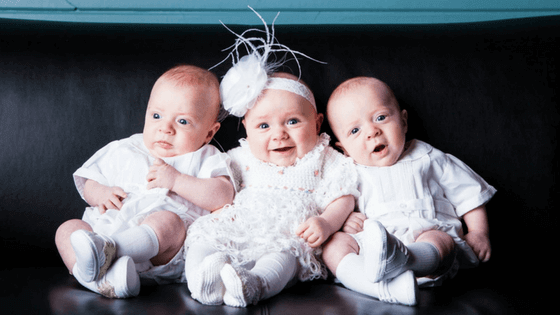 When I was a kid my view of Father’s Day was very different from what it is now. It used to all be about what cheap gift my brothers and I could pick out and give to my dad while we barbequed on the grill. We knew he wasn’t as excited about our gifts as he led us to believe. That didn’t matter to us. For me, it was all about relaxing and showing love for our dad. For him, it was about spending time with his boys.

Shortly after I married my beautiful wife all I wanted to be was a father. I would day dream about those past Father’s Days and picture my future kids giving me cheap gifts while we relax outside. That dream came to a screeching halt a year and a half into our marriage. I was diagnosed with male factor infertility. We had been trying to conceive without success for about six months and my wife thought there might be a problem. Her OB/GYN suggested that they test my sperm in parallel with her tests to be more thorough. I was convinced that I was fine and that the test would come back perfect. Why wouldn’t it be? Then came the morning of the phone call. “The sample came back and his sperm count is zero”. ZERO? What does that even mean? Inconclusive, tainted sample, what? No, zero meant there were zero sperm in my semen sample. My heart stopped. I felt sick. My future life, or lack thereof, flashed before my eyes. It was me, my wife and no kids. I didn’t know what to do.

I don’t remember even driving to work. I just remember sitting at my desk researching “zero sperm count” all day long. This only left me more confused. The top search results were infertility forums of women who spoke a different language. I mean it was English just not coherent English. They used so many acronyms: AF, BFN, BFP, DH, HcG, IUI, IVF and TTC to name a few. This was the all-time low point in my life. I didn’t know who to talk to or what kind of doctor I should see. I was lost, scared and felt as if I had ruined not only my life but that of my wife’s as well. This was the start of a very long, difficult road. Difficult emotionally, financially and even romantically. Intimacy was scheduled and stressful. Would we ever be a normal happy married couple again?

After four years of trying to conceive with the help of all kinds of medications and multiple surgeries we were finally told by a reproductive endocrinologist that invitro fertilization (IVF) was our one and only option. Now came the next hurdle, money. We soon learned that IVF was not covered by insurance and can cost anywhere from $10,000 to $20,000 for a single try with a success rate around 40%. Wonderful. However, with the help of my wife’s sisters we obtained a grant to pay for most of our procedure.

Now with those odds and the cost of the procedure we opted to have two embryos transferred. We were told that even though the odds are low, we do risk having both embryos attach resulting in twins. We weren’t worried. We viewed that as a blessing and even hoped for that outcome. Well, not only were we blessed to have both embryos attach, but one divided as well. Thirty-six weeks later we welcomed two boys and one girl into our family. I never foresaw having triplets at those future Father’s Day barbeques. Now however, I can’t imagine a Father’s Day any other way.

Looking back on our infertility journey I can now see the many blessings we received that I couldn’t see during our journey. I treasure the time I had with my wife without kids. In fact, I miss it sometimes. I have a new appreciation for fatherhood. One that I will never take for granted. I also learned that I am not alone. I am one in six who faces infertility. Because of this, along with my wife’s sisters, my wife and I started a nonprofit, Footsteps for Fertility Foundation, to help ease the financial burden of couples suffering with infertility.

Today I wish every man a happy Father’s Day. Whether your kids are biological, adopted, fostered, haven’t arrived yet or you are a father figure in someone’s life. This day is for you!

by Travis Mackerell, President of Footsteps For Fertility Foundation