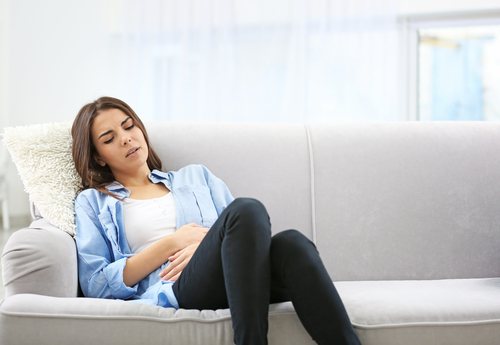 What is endometriosis?
Endometriosis is a condition where tissue from the lining of the uterus is found in other locations such as the pelvis. This endometrial tissue can be found most commonly around the outside of the uterus, surrounding the tubes, or even within the ovaries. In rare circumstances, the tissue has been found in the chest cavity or even within an abdominal scar.yellow-ribbon

What causes endometriosis?
There are several theories as to how the endometrial tissue gets to the abnormal locations causing endometriosis. The oldest and most accepted theory is by Sampson in which he hypothesized that some of the menstrual fluid travels through the fallopian tubes and into the pelvis. The fluid then begins to grow in the new location in response to hormones each month. Other common theories include the movement of the tissue from the uterus via the blood or lymphatic system to distant sites; another theory is the transition of normal tissues to resemble the abnormal endometrial tissue. Current areas of investigation include the role of the immune system in the development of endometriosis.

What are some of the symptoms of endometriosis?
Endometriosis can cause pain, inflammation, and infertility. The location of pain from endometriosis depends on where the abnormal tissue implants are. Some women will experience pain with their menses and others experience pain all of the time. Endometriosis causes infertility by two ways. First, it causes an immunological response that promotes a hostile environment for the egg, sperm, and embryos in the pelvis. Secondly, endometriosis is an inflammatory condition, which can destroy the normal pelvic architecture that facilitates egg pick up by the fallopian tube.

What types of fertility treatments can help women with endometriosis?
If a woman has mild endometriosis, often she is successful in achieving pregnancy with controlled ovarian hyperstimulation along with inseminations. Women with severe endometriosis achieve the greatest success with in-vitro fertilization.