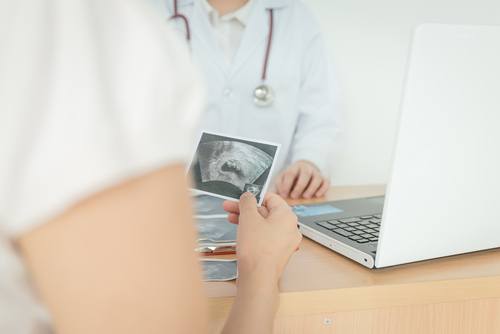 The number of women over the age of 40 getting pregnant are at the highest point ever. Despite this trend, there still exists some misconceptions about age and getting pregnant.

While it is true that it is generally more difficult to get pregnant later in life, that doesn’t seal a baby-less fate for women in middle age, according to Dr. Foulk, who appeared on the ABC4 news to explain the issues of older age and infertility.

“After the age of 35 egg production begins to decline, so much so, that by the time a woman is in her early 40s the majority have run out of eggs,” Dr. Foulk explained.

That problem can be solved. The two main options are to help a woman’s own eggs or getting an egg donation. These treatments are working.

ABC4 Utah met one Utah Mom who is in her forties and expecting. Karrie Anne Pflegl always wanted to give her only daughter a sibling, but the right opportunity never arose. Three years ago, she took the situation into her own hands. She visited Dr. Foulk and the Utah Fertility Center looking for help.

“I learned I had a twelve percent chance of conceiving naturally at my age,” she told ABC4.

Karrie Anne had to endure three years of several different treatments, and eventually started to prepare herself to never have a child. But on the last try, the treatment worked.

“It was this last cycle I got two eggs that fertilized and one of them took,” she said.

Now Kerrie Anne is 43, pregnant and due to give birth to her second daughter in June. Everything she wanted and “dreamed of,” according to ABC4.

Dr. Foulk explained that a lot of sacrifice is often required for older women to become pregnant. Multiple tries with fertility treatments are often needed, which means a lot of time, money, and emotion.

“The key to establishing hope when age is a concern – find out how many eggs you have left, that is the number one thing to determine,” says Dr. Foulk.

From that point there are a variety of treatments and possibilities for women to carry their own child and then accomplish that final goal, bring your child into the world.